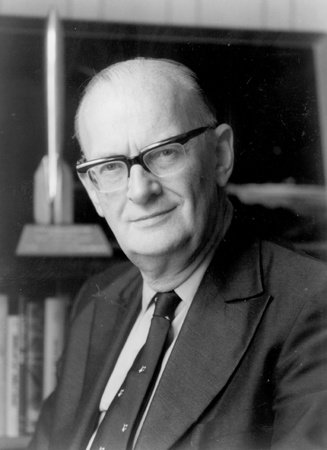 1.“Two possibilities exist: either we are alone in the Universe or we are not. Both are equally terrifying.”

2.“I’m sure the universe is full of intelligent life. It’s just been too intelligent to come here.”

3.“The only way of discovering the limits of the possible is to venture a little way past them into the impossible.”

4.“Any sufficiently advanced technology is indistinguishable from magic.”

5.“How inappropriate to call this planet “Earth,” when it is clearly “Ocean.”

6.“Magic’s just science that we don’t understand yet.”

7.“My favourite definition of an intellectual: ‘Someone who has been educated beyond his/her intelligence.

8.“I don’t believe in astrology; I’m a Sagittarius and we’re skeptical.”

9.“One of the great tragedies of mankind is that morality has been hijacked by religion. So now people assume that religion and morality have a necessary connection. But the basis of morality is really very simple and doesn’t require religion at all.”

10.“One of the greatest tragedies in mankind’s entire history may be that morality was hijacked by religion.”

11.The truth, as always, will be far stranger.”

12.“What was more, they had taken the first step toward genuine friendship. They had exchanged vulnerabilities.”

13.“It may be that our role on this planet

is not to worship God–but to create him.”

14.“It has yet to be proven that intelligence has any survival value.”

15.“It was the mark of a barbarian to destroy something one could not understand.”

16.“I am an optimist. Anyone interested in the future has to be otherwise he would simply shoot himself.”

17.“The more wonderful the means of communication, the more trivial, tawdry, or depressing its contents seemed to be.”

18.“A faith that cannot survive collision with the truth is not worth many regrets.”

19.“It must be wonderful to be seventeen, and to know everything.”

20.“Science is the only religion of mankind.”

21.“Now I’m a scientific expert; that means I know nothing about absolutely everything.”

23.“I will not be afraid because I understand … And understanding is happiness.”

24.“Every revolutionary idea seems to evoke three stages of reaction. They may be summed up by the phrases: (1) It’s completely impossible. (2) It’s possible, but it’s not worth doing. (3) I said it was a good idea all along.”

25.“This is the first age that’s ever paid much attention to the future, which is a little ironic since we may not have one.”