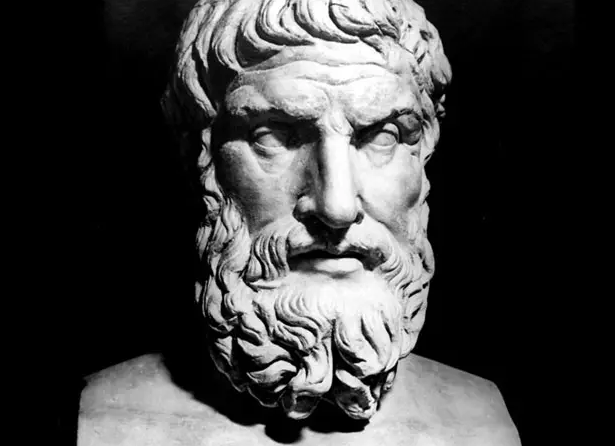 Epictetus was a Greek Stoic Philosopher born in ancient Greece Hierapolis, Phrygia which is modern-day Turkey as a slave. Epictetus believed that philosophy is a way of life, not just a theoretical principle. According to Epictetus “all external events are beyond our control; we should accept calmly and dispassionately whatever happens. However, individuals are responsible for their own actions, which they can examine and control through rigorous self-discipline.“Here are some of the best quotes of Epictetus.

He also famously believed “It is only our opinions and principles that can render us unhappy, and it is only the ignorant person who finds fault with another.”

1.“If anyone tells you that a certain person speaks ill of you, do not make excuses about what is said of you but answer, “He was ignorant of my other faults, else he would not have mentioned these alone.”

2.“Wealth consists not in having great possessions, but in having few wants.”

3.“Don’t explain your philosophy. Embody it.”

4.“There is only one way to happiness and that is to cease worrying about things which are beyond the power or our will. ”

6.“First say to yourself what you would be;

and then do what you have to do.”

7.“It’s not what happens to you, but how you react to it that matters.”

8.“If you want to improve, be content to be thought foolish and stupid.”

9.“Any person capable of angering you becomes your master;

he can anger you only when you permit yourself to be disturbed by him.”

10.“The key is to keep company only with people who uplift you, whose presence calls forth your best.”

11.“He who laughs at himself never runs out of things to laugh at.”

12.“Freedom is the only worthy goal in life. It is won by disregarding things that lie beyond our control.”

13.“It is impossible for a man to learn what he thinks he already knows.”

14.“Circumstances don’t make the man, they only reveal him to himself.”

15.“Other people’s views and troubles can be contagious. Don’t sabotage yourself by unwittingly adopting negative, unproductive attitudes through your associations with others.”

16.“People are not disturbed by things, but by the views they take of them.”

18.“You are a little soul carrying around a corpse”

21.“Nature hath given men one tongue but two ears, that we may hear from others twice as much as we speak.”

22.“First learn the meaning of what you say, and then speak.”

24.“The greater the difficulty, the more glory in surmounting it. Skillful pilots gain their reputation from storms and tempests. ”

25.“He is a wise man who does not grieve for the things which he has not, but rejoices for those which he has. ”