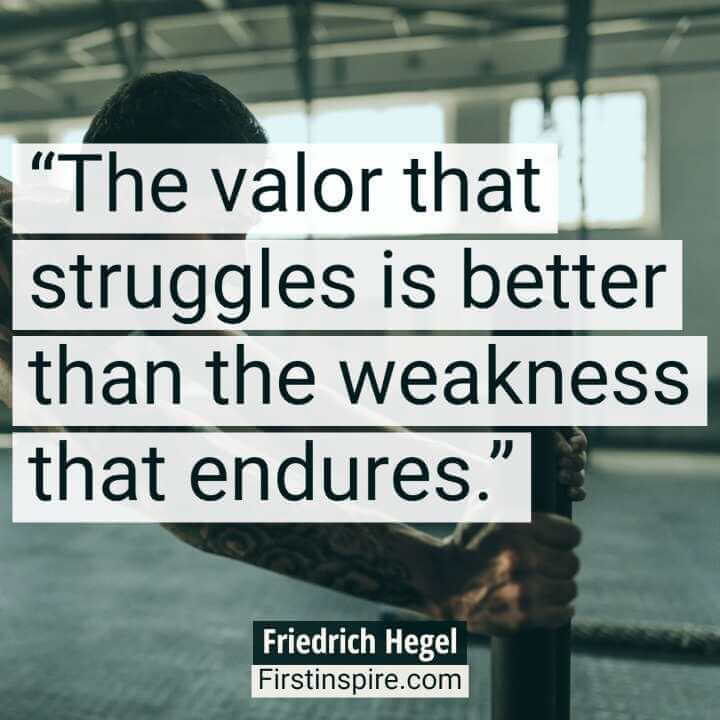 Georg Wilhelm Friedrich Hegel was a German philosopher, who is widely considered one of the most important thinkers of the 19th century. We have compiled a list of Friedrich Hegel Quotes.

Hegel is best known for his dialectical method of argument. He argued that reality is always in a state of change and development, which he called the dialectic. Hegel’s dialectic consists of three stages: first, an idea or entity (thesis) encounters another idea or entity (antithesis); second, the two entities are reconciled in a new form (synthesis); and third, this new form then either collides with another idea or entity to create a new synthesis, or it becomes stable.

Hegel’s main interests were in history and philosophy. His major work was his book The Phenomenology of Spirit which he published in 1807.

“Nothing great in the world has ever been accomplished without passion.”

“To be independent of public opinion is the first formal condition of achieving anything great.”

“Truth is found neither in the thesis nor the antithesis, but in an emergent synthesis which reconciles the two.”

“The valor that struggles is better than the weakness that endures.”

“People who are too fastidious towards the finite never reach actuality, but linger in abstraction, and their light dies away.”

“When liberty is mentioned, we must always be careful to observe whether it is not really the assertion of private interests which is thereby designated.”

“The state of man’s mind, or the elementary phase of mind which he so far possesses, conforms precisely to the state of the world as he so far views it”

“It is solely by risking life that freedom is obtained; . . . the individual who has not staked his or her life may, no doubt, be recognized as a Person; but he or she has not attained the truth of this recognition as an independent self-consciousness.”

“Education is the art of making man ethical.”

“The learner always begins by finding fault, but the scholar sees the positive merit in everything.”

“Quite generally, the familiar, just because it is familiar, is not cognitively understood. The commonest way in which we deceive either ourselves or others about understanding is by assuming something as familiar, and accepting it on that account; with all its pros and cons, such knowing never gets anywhere, and it knows not why…. The analysis of an idea, as it used to be carried out, was, in fact, nothing else than ridding it of the form in which it had become familiar.”

“The sole work and deed of universal freedom is therefore death, a death too which has no inner significance or filling, for what is negated is the empty point of the absolutely free self. It is thus the coldest and meanest of all deaths, with no more significance than cutting off a head of cabbage or swallowing a mouthful of water.”

“When needs and means become abstract in quality, abstraction is also a character of the reciprocal relation of individuals to oneanother. This abstract character, universality, is the character of being recognized and is the moment which makes concrete, i.e. social, the isolated and abstract needs and their ways and means of satisfaction.”

“Nothing great has been and nothing great can be accomplished without passion. It is only a dead, too often, indeed, a hypocriticalmoralizing which inveighs against the form of passion as such.”