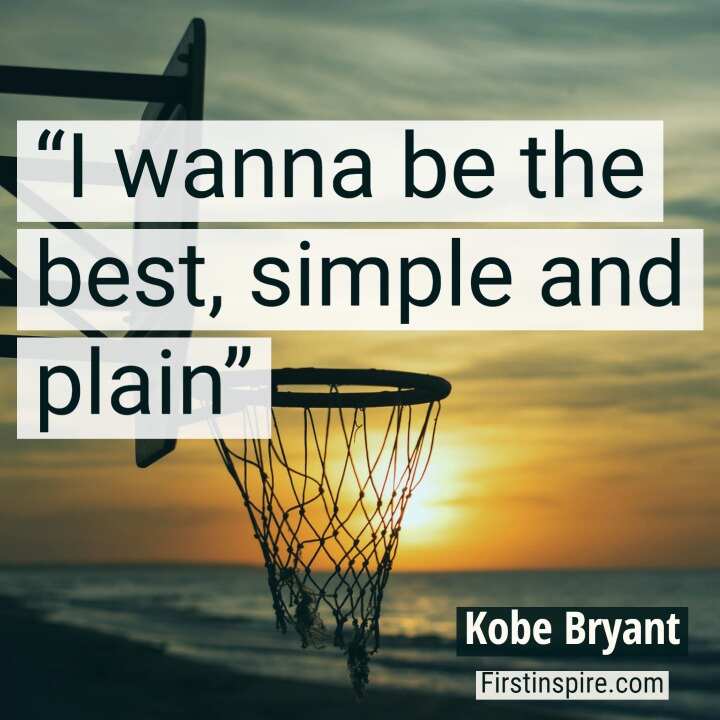 Kobe Bean Bryant was an American professional basketball player. A shooting guard, he spent his entire 20-year career with the Los Angeles Lakers in the National Basketball Association. Even after his death his dedication and hard work are still inspirational for millions around the world. We have compiled a small bunch of Kobe Bryant quotes. We hope these quotes will inspire and motivate you.

Kobe is one of the best players of all time and has won many awards including NBA Most Valuable Player Award (2008), Olympic gold medal (2008), and FIBA World Cup gold medal (2002). Kobe’s work ethic, commitment to practice, and hard work have made him an icon.

“Everything has a purpose. And that purpose has a story that goes along with it. It just depends on what your passion is.”

“I’ve known for a long time that they’re a bunch of idiots.”

“Once you open your eyes and start looking around you, you start picking up things that are very obvious.”

“You can’t go and anticipate what it is that you want to see. You just have to be present. Be where you are.”

“I’m reflective only in the sense that I learn to move forward. I reflect with a purpose.”

“If you make it, great. If you miss it, what’s there to be afraid of?”

“If you want to make history, you have to do historic things”

“I’ve pretty much done all I can here and, you know, God will carry me the rest of the way, so I’m pretty comfortable with that.”

“We all know what flopping is when we see it. The stuff that you see is where guys aren’t really getting hit at all and are just flailing around like a fish out of water.”

“The important thing is that your teammates have to know you’re pulling for them and you really want them to be successful.”

“Heroes come and go, but legends are forever.”

“Everyting negative – pressure, challenges – is all an opportunity for me to rise.”

“The most important thing is to try and inspire people so that they can be great in whatever they want to do.”

“I have nothing in common with lazy people who blame others for their lack of success. Great things come from hard work and perseverance. No excuses.”

“Everybody shut up. Let us work.”

“I wanna be the best, simple and plain”

“I never tried to prove anything to someone else. I wanted to prove something to myself.”

“What I’m doing right now, I’m chasing perfection… and if I don’t get it, I’m going to get this close.”

“Listen to how everyone is talking about you. You have to use it as fuel for motivation.”

“We all can be masters at our craft, but you have to make sacrifices that come along with making that decision.”

“Nobody in the world can guard me one-on-one,”

“I’m focused on the task that lies ahead for us.”