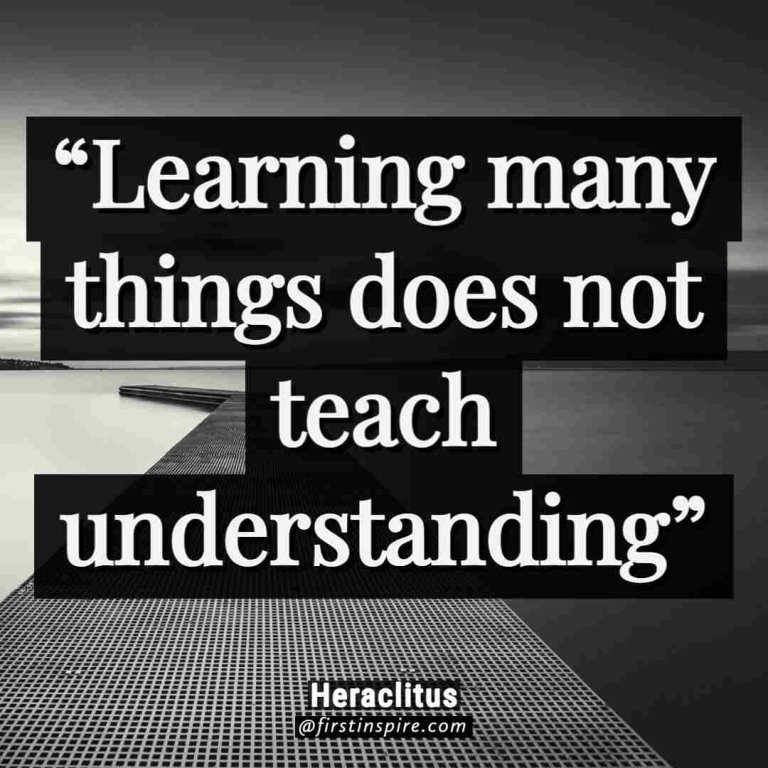 Heraclitus of Ephesus was a Greek pre-Socratic philosopher, and a native of the city of Ephesus, then part of the Persian Empire. Little is known about his early life and education, but he regarded himself as self-taught and a pioneer of wisdom. Here are some Heraclitus Quotes we have compiled for you.

He criticized conventional wisdom and being called “dark” for his cryptic utterances. Heraclitus believed that fire represented perfection and identified this perfection with the divine Logos (reason) present in all. Little is known about his early life and education, but he distinguished himself as a mature and profound thinker who opened new paths in philosophy to explore the nature of being.

“There is nothing permanent except change.”

“You cannot step into the same river twice.”

“It is hard to contend against one’s heart’s desire; for whatever it wishes to have it buys at the cost of soul.”

“No same man could walk through the same river twice, as the man and the river have since changed.”

“Even a soul submerged in sleep is hard at work and helps make something of the world.”

“The only constant is change.”

“A hidden connection is stronger than an obvious one.”

“Those who love wisdom must investigate many things”

“Abundance of knowledge does not teach men to be wise.”

“Eyes and ears are poor witnesses to people if they have uncultured souls.”

“The content of your character is your choice. Day by day, what you choose, what you think and what you do is who you become.”

“Invisible harmony is better than visible.”

“Heraclitus somewhere says that all things are in process and nothing stays still, and likening existing things to the stream of a river he says that you would not step twice into the same river.”

“Nothing endures but change. There is nothing permanent except change. All is flux, nothing stays still.”

“The way up and the way down are one and the same.”

“All things come out of the one, and the one out of all things.”

“Day by day, what you do is who you become.”

“Opposition brings concord. Out of discord comes the fairest harmony.”

“Our envy always lasts longer than the happiness of those we envy.”

“Doctors cut, burn, and torture the sick, and then demand of them an undeserved fee for such services.”

“Couples are wholes and not wholes, what agrees disagrees, the concordant is discordant. From all things one and from one all things”

“Time is a game played beautifully by children.”

“Learning many things does not teach understanding”

“Under the comb, the tangle and the straight path are the same.”

“Ever-newer waters flow on those who step into the same rivers.”

“Wisdom is one thing, to know how to make true judgment, how all things are steered through all things.”

“Justice will overtake fabricators of lies and false witnesses.”

“It is better to hide ignorance, but it is hard to do this when we relax over wine.”

“A man’s character is his fate.”

“It is in changing that things find purpose.”

“The unlike is joined together, and from differences results the most beautiful harmony.”