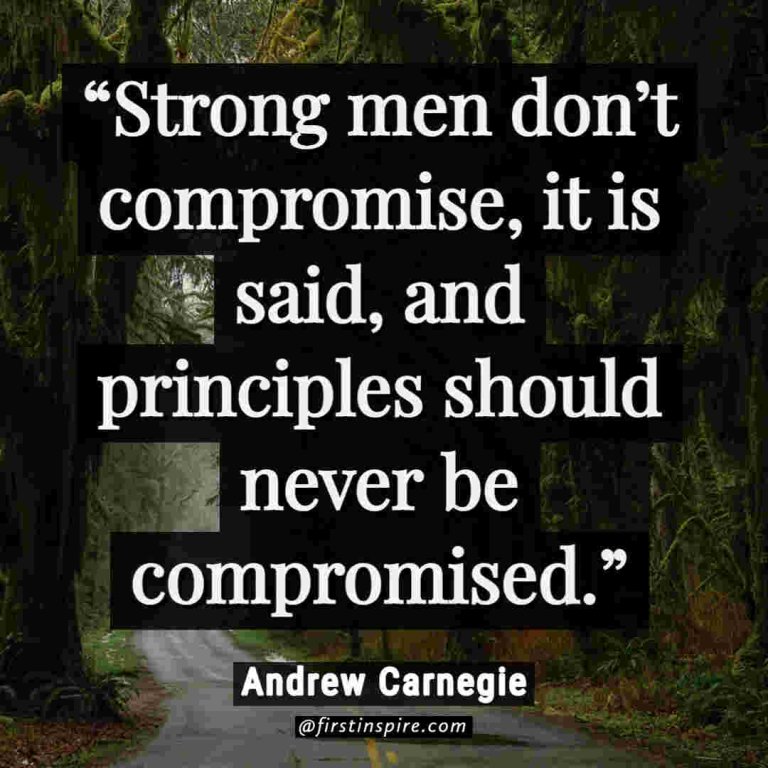 Andrew Carnegie was an industrialist best known for leading the expansion of the American steel industry in the late 19th century. He was also one of the most important philanthropists of his era, establishing several trusts, including the Carnegie Corporation of New York, the Carnegie Endowment for International Peace, and the Carnegie Institution of Washington. Here are some Andrew Carnegie Quotes.

“The older I get the less I listen to what people say and the more I look at what they do.”

“If you want to be happy, set a goal that commands your thoughts, liberates your energy, and inspires your hopes.”

“To kill a man will be considered as disgusting [in the twentieth century] as we in this day consider it disgusting to eat one.”

“Do your duty and a little more and the future will take care of itself.”

“As I grow older, I pay less attention to what men say. I just watch what they do.”

“Humanities education is the worst thing for an industrialist.”

“Concentrate your energies, your thoughts and your capital. The wise man puts all his eggs in one basket and watches the basket.”

“The secret of success lies not in doing your own work, but in recognizing the right man to do it.”

“I believe that the road to pre-eminent success in any line of work is to make yourself master of that line of work.”

“You cannot push any one up a ladder unless he be willing to climb a little himself.”

“Success can be attained in any branch of labor. There’s always room at the top in every pursuit.”

“Concentration is my motto – first honesty, then industry, then concentration.”

“There is no use whatsoever in trying to help people who do not help themselves.”

“The rare individuals who unselfishly try to serve others have an enormous advantage-they have little competition.”

“Immense power is acquired by assuring yourself in your secret reveries that you were born to control affairs.”

“Strong men don’t compromise, it is said, and principles should never be compromised.”

“One great cause of failure of young men in business is the lack of concentration.”

“No man can become rich without himself enriching others”

“A man’s reading program should be as carefully planned as his daily diet, for that too is food, without which he cannot grow mentally.”

“Be king in your dreams. Make your vow that you will reach that position, with untarnished reputation, and make no other vow to distract your attention.”

“Anything in life worth having is worth working for.”

“There is a power under your control that is greater than poverty, greater than the lack of education, greater than all your fears and superstitions combined. It is the power to take possession of your own mind and direct it to whatever ends you may desire.”

“Any person can achieve greatness if they understand the philosophy of success and the steps required to achieve it.”

“Ninety percent of all millionaires become so through owning real estate.”

“Surplus wealth is a sacred trust to be managed for the good of others.”

“Do not look for approval except for the consciousness of doing your best.”

“It is more difficult to give money away intelligently than to earn it in the first place.”

“I shall argue that strong men, conversely, know when to compromise and that all principles can be compromised to serve a greater principle.”

“Teamwork is the ability to work together toward a common vision.”

“People who are unable to motivate themselves must be content with mediocrity, no matter how impressive their other talents.”

“There is no use whatever trying to help people who do not help themselves. You cannot push anyone up a ladder unless he is willing to climb himself.”

“There is no class so pitiably wretched as that which possesses money and nothing else.”

“Success is the power to acquire whatever one demands of life without violating the rights of others.”

“All honor’s wounds are self-inflicted.”

“All is well since all grows better”