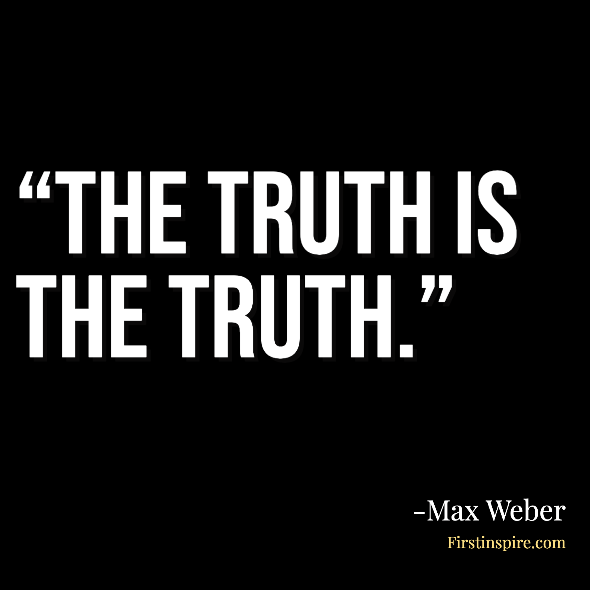 Max Weber, a German sociologist and political economist, is credited with creating the concept of bureaucracy. Max Weber is one of the most influential sociologists in history. He has written many great quotes that represent various insights into the human condition. His ideas profoundly influence social theory and research. Max Weber’s quotes are inspiring and thought-provoking. Here are some max weber quotes.

“The decisive means for politics is violence.”

“The fate of our times is characterized by rationalization and intellectualization and, above all, by the disenchantment of the world.”

“Certainly all historical experience confirms the truth – that man would not have attained the possible unless time and again he had reached out for the impossible.”

“The fate of our times is characterized by rationalization and intellectualization and, above all, by the ‘disenchantment of the world.’ Precisely the ultimate and most sublime values have retreated from public life either into the transcendental realm of mystic life or into the brotherliness of direct and personal human relations. It is not accidental that our greatest art is intimate and not monumental.”

“In a democracy the people choose a leader in whom they trust. Then the chosen leader says, ‘Now shut up and obey me.’ People and party are then no longer free to interfere in his business.”

“The purely emotional form of Pietism is, as Ritschl has pointed out, a religious dilettantism for the leisure class.”

“The fully developed bureaucratic apparatus compares with other organisations exactly as does the machine with the non-mechanical modes of production.”

“The experience of the irrationality of the world has been the driving force of all religious revolution.”

“Daily and hourly, the politician inwardly has to overcome a quite trivial and all-too-human enemy: a quite vulgar vanity.”

“The impulse to acquisition, pursuit of gain, of money, of the greatest possible amount of money, has in itself nothing to do with capitalism. This impulse exists and has existed among waiters, physicians, coachmen, artists, prostitutes, dishonest officials, soldiers, nobles, crusaders, gamblers, and beggars.”

“Politics is a strong and slow boring of hard boards.”

“Only by strict specialization can the scientific worker become fully conscious, for once and perhaps never again in his lifetime, that he has achieved something that will endure. A really definitive and good accomplishment is today always a specialized act.”

“All research in the cultural sciences in an age of specialization, once it is oriented towards a given subject matter through particular settings of problems and has established its methodological principles, will consider the analysis of the data as an end in itself.”

“Precision, speed, unambiguity, knowledge of files, continuity, discretion, unity, strict subordination, reduction of friction and of material and personal costs – these are raised to the optimum point in the strictly bureaucratic administration.”

“specialists without spirit, sensualists without heart; this nullity imagines that it has attained a level of civilization never before achieved.”

“However many people complain about the “red tape,” it would be sheer illusion to think … continuous administrative work can be carried out in any field except by means of officials working in offices…. The choice is only that between bureaucracy and dillettantism.”

“Every scientific fulfillment raises new questions; it asks to be surpassed and outdated.”

“Ideas come when we do not expect them, and not when we are brooding and searching at our desks. Yet ideas would certainly not come to mind had we not brooded at our desks and searched for answers with passionate devotion.”

“Social economic problems do not exist everywhere that an economic event plays a role as cause or effect – since problems arise only where the significance of those factors is problematical and can be precisely determined only through the application of methods of social-economics.”

“It is not astonishing that there are many journalists who have become human failures and worthless men. Rather, it is astonishing that, despite all this, this very stratum includes such a great number of valuable and quite genuine men, a fact that outsiders would not so easily guess.”

“All the analysis of infinite reality which the finite human mind can conduct rests on the tacit assumption that only a finite portion of this reality constitutes the object of scientific investigation, and that only it is ‘important’ in the sense of being ‘worthy of being known.”

“The capacity for the accomplishment of religious virtuosos the “intellectual sacrifice” is the decisive characteristic of the positively religious man. That this is so is shown by the fact that in spite of (or rather in consequence) of theology (which unveils it) the tension between the value-spheres of “science” and the sphere of “the holy” is unbridgeable.”

“Within the confines of the lecture hall, no other virtue exists but plain intellectual integrity.”

“The Truth is the Truth.”

“A fully developed bureaucratic mechanism stands in the same relationship to other forms as does the machine to the non-mechanical production of goods. Precision, speed, clarity, documentary ability, continuity, discretion, unity, rigid subordination, reduction of friction and material and personal expenses are unique to bureaucratic organization.”

“A highly developed stock exchange cannot be a club for the cult of ethics.”

“Whenever known and sufficient causes are available, it is anti-scientific to discard them in favour of a hypothesis that can never be verified.”

“Politics means striving to share power or striving to influence the distribution of power, either among states or among groups within a state.”

“The so-called materialistic conception of history, with the crude elements of genius of the early form which appeared, for instance, in the Communist Manifesto, still prevails only in the minds of laymen and dilettantes.”

“The ethic of conviction and the ethic of responsibility are not opposites. They are complementary to one another.”

“Power is the chance to impose your will within a social context, even when opposed and regardless of the integrity of that chance.”

“The career of politics grants a feeling of power. The knowledge of influencing men, of participating in power over them, and above all, the feeling of holding in one’s hands a nerve fiber of historically important events can elevate the professional politician above everyday routine even when he is placed in formally modest positions.”

“One can say that three pre-eminent qualities are decisive for the politician: passion, a feeling of responsibility, and a sense of proportion.”

“Those human groups that entertain a subjective belief in their common descent because of similarities of physical type or of customs or both, or because of memories of colonization and migration; this belief must be important for group formation; furthermore it does not matter whether an objective blood relationship exists.”

“The nation is burdened with the heavy curse on those who come afterwards. The generation before us was inspired by an activism and a naive enthusiasm, which we cannot rekindle, because we confront tasks of a different kind from those which our fathers faced.”

“One cannot with impunity try to transfer this task entirely to mechanical assistants if one wishes to figure something, even though the final result is often small indeed.”

“The primary task of a useful teacher is to teach his students to recognize ‘inconvenient’ facts – I mean facts that are inconvenient for their party opinions.”

“All knowledge of cultural reality, as may be seen, is always knowledge from particular points of view.”

“Culture’ is a finite segment of the meaningless infinity of the world process, a segment on which human beings confer meaning and significance.”

“Every type of purely direct concrete description bears the mark of artistic portrayal.”

“It is not true that good can only follow from good and evil only from evil, but that often the opposite is true.”

“Laws are important and valuable in the exact natural sciences, in the measure that those sciences are universally valid.”

“Not everyone realises that to write a really good piece of journalism is at least as demanding intellectually as the achievement of any scholar.”

“No sociologist should think himself too good, even in his old age, to make tens of thousands of quite trivial computations in his head and perhaps for months at a time.”