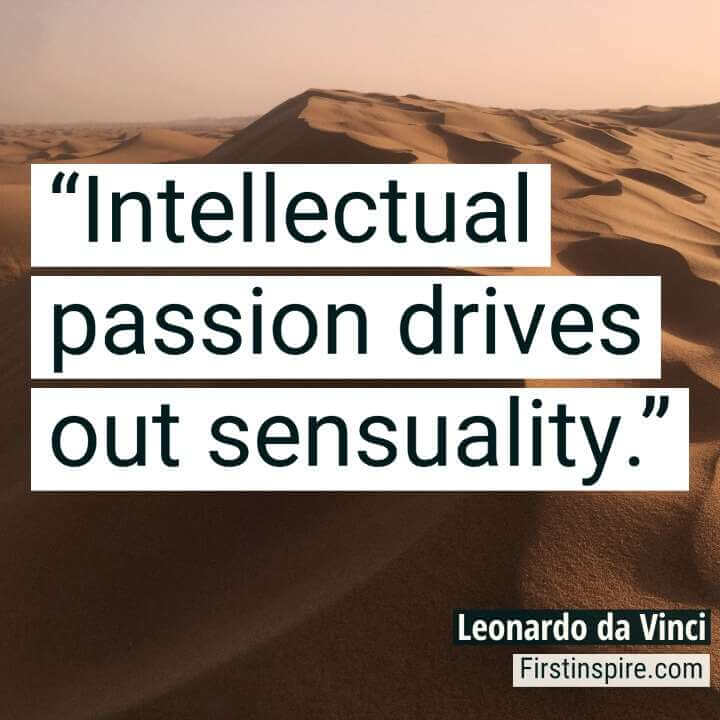 He was considered an extraordinary artist in his own life, and his explorations of the technological world were considered extraordinary by his admirers. The books were filled with drawings and diagrams, filled with notes written in mirror handwriting, and he kept them throughout his life. It is worth noting, however, that his influence went far beyond that: his scientific writings and mechanical inventions predate their time by centuries, as can be seen from the drawings, scientific diagrams, and technical studies in his notebooks. Here are some Leonardo da Vinci Quotes.

Today, he is still known for his art, which includes two of the most famous and revered paintings in the world, the Mona Lisa and the Last Supper.

Leonardo di ser Piero da Vinci (15 April 1452 – 2 May 1519) was an Italian generalist scientist, mathematician, engineer, inventor, anatomist, painter, sculptor, architect, botanist, musician, and writer. Born the illegitimate child of Piero da Vinci, a notary in Vinci (Florence), and Caterina, a peasant woman, Leonardo was educated in the studio of the famous Florentine artist Verrocchio. Born out of wedlock to a respected Florentine notary, Sir Piero, and a young peasant woman named Caterina, Leonardo was raised by his father and stepmother.

Leonardo da Vinci left Italy for good in 1516, when the French ruler Francis I graciously granted him the title “The King’s First Painter, Engineer, and Architect”, which gave him the freedom to paint and compose while living in a country estate. Painting. House, Castle of Cloux, near Amboise, France. For about a decade, Leonardo honed his painting and sculpture skills and studied the art of mechanics. According to Vasari, Leonardo was born in Vinci, near Florence, on April 15, 1452, after receiving “all the Drawing Problems” training.

“Where there is shouting, there is no true knowledge.”

“The greatest deception men suffer is from their own opinions.”

“Painting is poetry that is seen rather than felt, and poetry is painting that is felt rather than seen.”

“Being willing is not enough. We must do.”

“He who is fixed to a star does not change his mind.”

“The painter has the Universe in his mind and hands.”

“Simplicity is the ultimate sophistication.”

“One can have no smaller or greater mastery than mastery of oneself.”

“It is useful to constantly observe, note, and consider.”

“Obstacles cannot crush me. Every obstacle yields to stern resolve. He who is fixed to a star does not change his mind.”

“The artist sees what others only catch a glimpse of.”

“He who wishes to be rich in a day will be hanged in a year.”

“Art is never finished, only abandoned.”

“The deeper the feeling, the greater the pain”

“The knowledge of all things is possible”

“life without love, is no life at all”

“Make your work to be in keeping with your purpose”

“simplicity is the best sophistication”

“Life is pretty simple: You do some stuff. Most fails. Some works. You do more of what works.”

“Iron rusts from disuse; water loses its purity from stagnation… even so does inaction sap the vigor of the mind.”

“As every divided kingdom falls, so every mind divided between many studies confounds and saps itself.”

“Anyone who conducts an argument by appealing to authority is not using his intelligence; he is just using his memory.”

“Art is the queen of all sciences communicating knowledge to all the generations of the world.”

“Nothing can be loved or hated unless it is first understood.”

“Obstacles cannot crush me; every obstacle yields to stern resolve.”

“Nothing strengthens authority so much as silence.”

“Nature is full of infinite causes that have never occurred in experience.”

“Study without desire spoils the memory, and it retains nothing that it takes in.”

“Experience is a truer guide than the words of others.”

“The truth of things is the chief nutriment of superior intellects.”

“Nature varies the seed according to the variety of the things she desires to produce in the world.”

“All sciences are vain and full of errors that are not born of Experience, the mother of all Knowledge.”

“A wave is never found alone, but is mingled with the other waves.”

“The organ of perception acts more readily than judgment.”

“Wisdom is the daughter of experience”

“Details make perfection, and perfection is not a detail.”

“The days are long enough for those who use them.”

“In time and with water, everything changes”

“It is as great an error to speak well of a worthless man as to speak ill of a good man.”

“For those colours which you wish to be beautiful, always first prepare a pure white ground.”

“The painter will produce pictures of little merit if he takes the works of others as his standard.”

“The supreme misfortune is when theory outstrips performance”

“Just as iron rusts from disuse, even so does inaction spoil the intellect.”

“Learning is the only thing the mind never exhausts, never fears, and never regrets.”