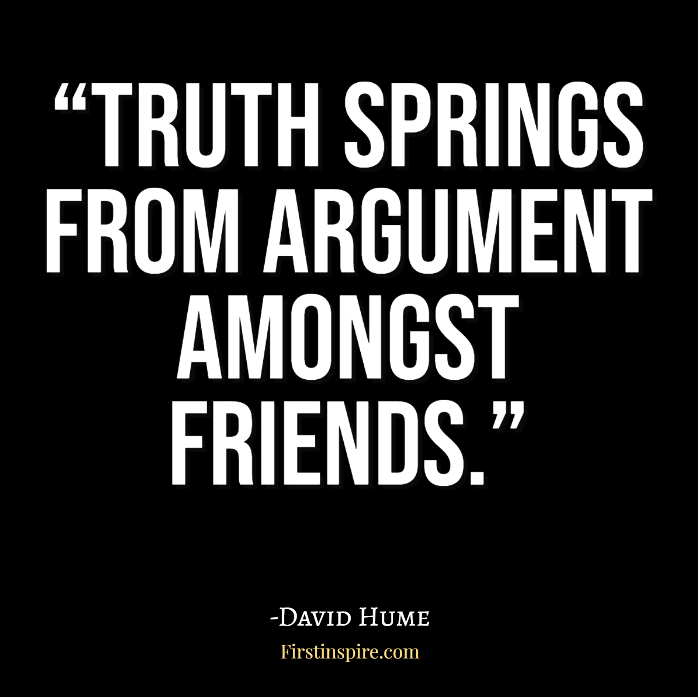 David Hume was a Scottish Enlightenment philosopher, historian, economist, librarian and essayist, who is best known today for his highly influential system of philosophical empiricism, skepticism, and naturalism. Here are some David Hume Quotes about life and living.

We have included some of the david humes quotes about life as life quotes, where he finds his philosophical and naturalist ways of thinking is reflected in form of philosophical quotes, and we hope these quotes will motivate you.

“Beauty in things exists in the mind which contemplates them.”

“It is seldom, that liberty of any kind is lost all at once. Slavery has so frightful an aspect to men accustomed to freedom, that it must steal upon them by degrees, and must disguise itself in a thousand shapes, in order to be received.”

“Be a philosopher but, amid all your philosophy be still a man.”

“Custom is the great guide to human life.”

“A propensity to hope and joy is real riches; one to fear and sorrow real poverty.”

“Nothing appears more surprising to those, who consider human affairs with a philosophical eye, than the easiness with which the many are governed by the few; and the implicit submission, with which men resign their own sentiments and passions to those of their rulers.”

“A man acquainted with history may, in some respect, be said to have lived from the beginning of the world, and to have been making continual additions to his stock of knowledge in every century.”

“A wise man proportions his belief to the evidence.”

“When men are most sure and arrogant they are commonly most mistaken, giving views to passion without that proper deliberation which alone can secure them from the grossest absurdities.”

“Nothing is more surprising than the easiness with which the many are governed by the few.”

“Which is more likely: that the whole natural order is suspended, or that a jewish minx should tell a lie?”

“Reason is, and ought only to be the slave of the passions.”

“Eloquence, at its highest pitch, leaves little room for reason or reflection, but addresses itself entirely to the desires and affections, captivating the willing hearers, and subduing their understanding.”

“No testimony is sufficient to establish a miracle, unless the testimony be of such a kind, that its falsehood would be more miraculous than the fact which it endeavors to establish.”

“Heaven and hell suppose two distinct species of men, the good and the bad. But the greatest part of mankind float betwixt vice and virtue.”

“Any pride or haughtiness, is displeasing to us, merely because it shocks our own pride, and leads us by sympathy into comparison, which causes the disagreeable passion of humility.”

“The Christian religion not only was at first attended with miracles, but even at this day cannot be believed by any reasonable person without one.”

“Reading and sauntering and lounging and dosing, which I call thinking, is my supreme Happiness.”

“The corruption of the best things gives rise to the worst.”

“The law always limits every power it gives.”

“Where ambition can cover its enterprises, even to the person himself, under the appearance of principle, it is the most incurable and inflexible of passions”

“This avidity alone, of acquiring goods and possessions for ourselves and our nearest friends, is insatiable, perpetual, universal, and directly destructive of society.”

“Philosophy would render us entirely Pyrrhonian, were not nature too strong for it.”

“The sweetest path of life leads through the avenues of learning, and whoever can open up the way for another, ought, so far, to be esteemed a benefactor to mankind.”

“Everything in the world is purchased by labor.”

“Art may make a suite of clothes, but nature must produce a man.”

“And what is the greatest number? Number one.”

“A purpose, an intention, a design, strikes everywhere even the careless, the most stupid thinker.”

“The life of man is of no greater importance to the universe than that of an oyster.”

“Truth springs from argument amongst friends.”

“Nothing indeed can be a stronger presumption of falsehood than the approbation of the multitude.”

“Character is the result of a system of stereotyped principals.”

“The heights of popularity and patriotism are still the beaten road to power and tyranny.”

“And though the philosopher may live remote from business, the genius of philosophy, if carefully cultivated by several, must gradually diffuse itself throughout the whole society, and bestow a similar correctness on every art and calling.”

“The most lively thought is still inferior to the dullest sensation.”

“No man ever threw away life while it was worth keeping.”

“What a peculiar privilege has this little agitation of the brain which we call ‘thought’.”

“To hate, to love, to think, to feel, to see; all this is nothing but to perceive.”

“Reason is, and ought only to be the slave of the passions, and can never pretend to any other office than to serve and obey them.”

“The richest genius, like the most fertile soil, when uncultivated, shoots up into the rankest weeds.”

“In this sullen apathy neither true wisdom nor true happiness can be found.”

“Your corn is ripe today, mine will be so tomorrow. ‘Tis profitable for us both that I should labor with you today, and that you should aid me tomorrow. I have no kindness for you, and know you have as little for me. I will not, therefore, take any pains upon your account . . . Here then I leave you to labor alone; you treat me in the same manner. The seasons change, and both of us lose our harvests for want of mutual confidence and security.”

“Beauty is no quality in things themselves: It exists merely in the mind which contemplates them; and each mind perceives a different beauty.”

“Generally speaking, the errors in religion are dangerous; those in philosophy only ridiculous.”

“No amount of observations of white swans can allow the inference that all swans are white, but the observation of a single black swan is sufficient to refute that conclusion.”

“Liberty of any kind is never lost all at once.”

“That the sun will not rise tomorrow is no less intelligible a proposition, and implies no more contradiction, than the affirmation, that it will rise.”

“It is certain that the easy and obvious philosophy will always, with the generality of mankind, have preference above the accurate.”

“Nothing is more dangerous to reason than the flights of the imagination and nothing has been the occasion of more mistakes among philosophers.”

“A too great disproportion among the citizens weakens any state. Every person, if possible, ought to enjoy the fruits of his labour, in a full possession of all the necessities, and many of the conveniences of life. No one can doubt, but such an equality is most suitable to human nature, and diminishes much less from the happiness of the rich than it adds to that of the poor.”

“It forms a strong presumption against all supernatural and miraculous relations, that they are observed chiefly to abound among ignorant and barbarous nations; or if a civilized people has ever given admission to any of them, that people will be found to have received them from ignorant and barbarous ancestors.”

“Among the arts of conversation no one pleases more than mutual deference or civility, which leads us to resign our own inclinations to those of our companions, and to curb and conceal that presumption and arrogance so natural to the human mind.”

“When men are most sure and arrogant they are commonly most mistaken.”

“Every disastrous accident alarms us, and sets us on enquiries concerning the principles whence it arose: Apprehensions spring up with regard to futurity: And the mind, sunk into diffidence, terror, and melancholy, has recourse to every method of appeasing those secret intelligent powers, on whom our fortune is supposed entirely to depend.”