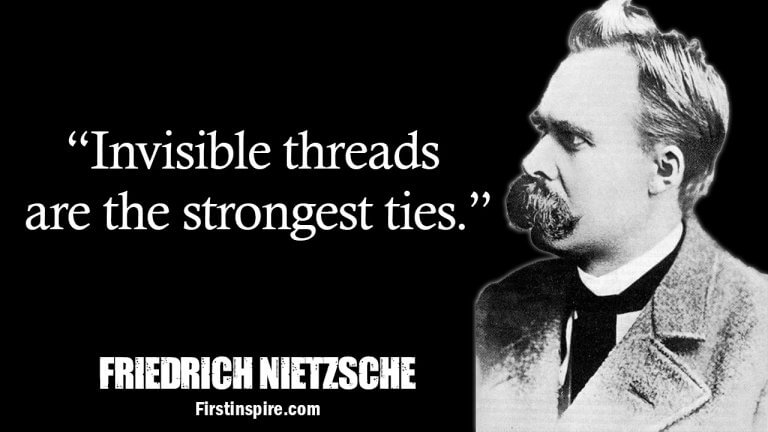 Nietzsche also used his psychoanalysis to support original theories about the nature of personality and provocative proposals, proposing new values ​​that he believed would promote cultural renewal and improve social and psychological life, rather than living according to the traditional values ​​he criticized. He is known for his uncompromising critique of traditional European morality and religion as well as traditional philosophical and social and political beliefs associated with modernity. Many of these criticisms are based on psychological diagnoses that expose false consciousnesses that affect accepted ideas.

He believed that the press and mass culture lead to conformity, lead to mediocrity, and the lack of intellectual progress leads to the decline of the human species. It was also the beginning of Nietzsche’s critique of modernity for its fidelity to rationalism and science. In contrasting Socrates as the embodiment of reason and the Dionysian wisdom of tragedy, Nietzsche wrote about nineteenth-century Europe no less than about fifth-century Athens. Avoiding any philosophical “system” sensitive to the question of form and style in philosophical writing, Nietzsche compiled these works as a series of several hundred aphorisms

“No price is too high to pay for the privilege of owning yourself.”

“There will always be rocks in the road ahead of us. They will be stumbling blocks or stepping stones; it all depends on how you use them.”

“There are no facts, only interpretations.”

“That which does not kill us makes us stronger.”

“All truly great thoughts are conceived by walking.”

“It is my ambition to say in ten sentences what others say in a whole book.”

“Character is determined more by the lack of certain experiences than by those one has had.”

“Insanity in individuals is something rare – but in groups, parties, nations and epochs, it is the rule.”

“If a man wishes to rid himself of a feeling of unbearable oppression, he may have to take hashish.”

“The true man wants two things: danger and play. For that reason he wants woman, as the most dangerous plaything.”

“Love is a state in which a man sees things most decidedly as they are not.”

“Do whatever you will, but first be such as are able to will.”

“Whoever fights monsters should see to it that in the process he does not become a monster. And if you gaze long enough into an abyss, the abyss will gaze back into you.”

“Sometimes people don’t want to hear the truth because they don’t want their illusions destroyed.”

“A thinker sees his own actions as experiments and questions–as attempts to find out something. Success and failure are for him answers above all.”

“Blessed are the forgetful: for they get the better even of their blunders.”

“He who cannot give anything away cannot feel anything either.”

“You must have chaos within you to give birth to a dancing star.”

“The man of knowledge must be able not only to love his enemies but also to hate his friends.”

“The existence of forgetting has never been proved: We only know that some things don’t come to mind when we want them.”

“Invisible threads are the strongest ties.”

“A thinker sees his own actions as experiments and questions as attempts to find out something. Success and failure are for him answers above all.”

“Be careful when you fight the monsters, lest you become one.”

“When we are tired, we are attacked by ideas we conquered long ago.”

“The advantage of a bad memory is that one enjoys several times the same good things for the first time.”

“Thoughts are the shadows of our feelings always darker, emptier and simpler.”

“The higher we soar the smaller we appear to those who cannot fly.”

“No one can construct for you the bridge upon which precisely you must cross the stream of life, no one but you yourself alone.”

“For nothing is more democratic than logic; it is no respecter of persons and makes no distinction between crooked and straight noses.”

“There are no beautiful surfaces without a terrible depth.”

“you must be ready to burn yourself in your own flame; how could you rise anew if you have not first become ashes?”

“When we are tired, we are attacked by ideas we conquered long ago.”

“Every deep thinker is more afraid of being understood than of being misunderstood.”

“He who cannot obey himself will be commanded. That is the nature of living creatures.”

“To live is to suffer, to survive is to find some meaning in the suffering.”

“The secret of reaping the greatest fruitfulness and the greatest enjoyment from life is to live dangerously.”

“The essence of all beautiful art, all great art, is gratitude.”

“The tree that would grow to heaven must send its roots to hell.”

“Be careful, lest in casting out your demon you exorcise the best thing in you.”

“If thinking is your fate, revere this fate with divine honour and sacrifice to it the best, the most beloved”

“Love your enemies because they bring out the best in you.”

“By losing your goal, You have lost your way.”

“The lonely one offers his hand too quickly to whomever he encounters.”

“The love of truth has its reward in heaven and even on earth.”

“There is more wisdom in your body than in your deepest philosophy.”

“Improvements are invented only by those who can feel that something is not good.”

“One must learn to love oneself with a wholesome and healthy love, so that one can bear to be with oneself and need not roam.”

“Is life not a thousand times too short for us to bore ourselves?”

“Blessed are the forgetful, for they get the better even of their blunders.”

“That which needs to be proved cannot be worth much.”

“Talking much about oneself can also be a means to conceal oneself. ”

“I am alone again and I want to be so; alone with the pure sky and open sea.”

“Success has always been a great liar.”

“If you know the why, you can live any how.”

“Ultimately, it is the desire, not the desired, that we love.”

“Hope in reality is the worst of all evils because it prolongs the torments of man.”

“The visionary lies to himself, the liar only to others.”