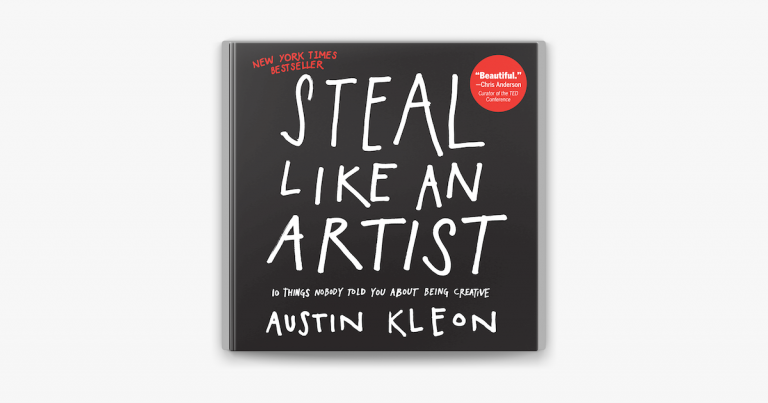 Steal Like an Artist is a book written by  Austin Kleon, in this book he explains key takeaways like there is nothing wrong in copying a work/Art or a process to know yourself better and learn to create your own work. Most of the great things that have been created were always followed by work before. Here is a short piece on Steal Like an Artist book summary.

There is nothing new under the sun, so don’t be afraid to draw inspiration from different places

The best process is the process of creating art that defines and excites you.

It is best to fake it till you make it.