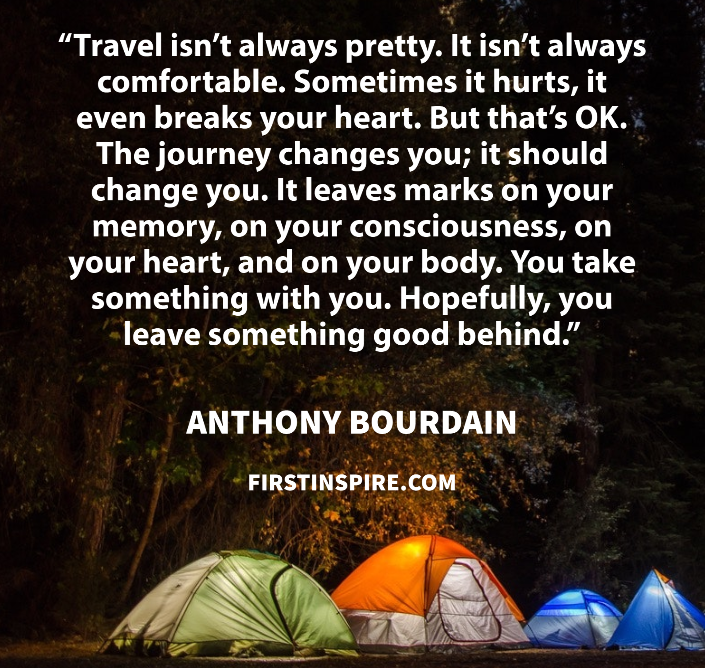 Travelling has always been an eye-opening experience for people. It gives an adventurous and explorative spirit to humans and lets people know about other cultures. We have always seen people flocking in airports during the holiday season and some travel around throughout the year. Travel and exploration have even inspired Beatles, Steve Jobs, Mark Zuckerberg, etc. Travel quotes will keep you inspired about the importance of travel.

The Spirit of adventure for humans is endless and here are some quotes for traveling from some of them that may inspire and motivate you to look further. Here are some Travel quotes:

“Certainly, travel is more than the seeing of sights; it is a change that goes on, deep and permanent, in the ideas of living.”

“We travel, some of us forever, to seek other states, other lives, other souls.”

“Travel is glamorous only in retrospect.”

“The only impossible journey is the one you never begin.”

“Travel: the best way to be lost and found at the same time.”

“Travel brings power and love back into your life.”

“A man of ordinary talent will always be ordinary, whether he travels or not; but a man of superior talent will go to pieces if he remains forever in the same place.”

“Man cannot discover new oceans unless he has the courage to lose sight of the shore.”

“I would rather own a little and see the world than own the world and see a little of it.”

“There’s something about arriving in new cities, wandering empty streets with no destination. I will never lose the love for the arriving, but I’m born to leave.”

“Focus on the journey, not the destination, joy is found not in finishing the activity, but in doing.”

“The impulse to travel is one of the hopeful symptoms of life.”

“Travel far enough, you meet yourself.”

“I am never happier than when I am alone in a foreign city; it is as if I had become invisible.”

“A good traveler has no fixed plans, and is not intent on arriving.”

“I’m in love with cities I’ve never been to and people I’ve never met.”

“Traveling – it leaves you speechless, then turns you into a storyteller.”