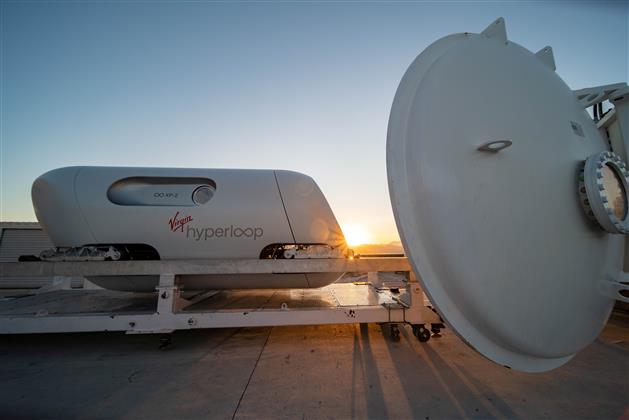 The Hyperloop is a project from SpaceX which is focused on transporting Freight and Passengers in a tube-like system under the ground or over. Let’s say it is just like an underground subway system or a bullet train, but can be faster than the traditional high-speed trains with more energy-efficient fuel powering. It is said that it can travel at hypersonic speeds which are usually found in flights. Hyperloop looks like a sealed tube or a series of sealed tubes that are able to travel without any air resistance or friction.

Transportation has always been at the forefront of the economy for countries and continents, The faster you deliver freight, goods, and services the more money you save and the more profit you make which stabilizes the economy of a nation. The proposed idea of the hyperloop is to make the existing faster rail transportation system into even efficient and faster means. The Supply chain industry would surely welcome a project like Hyperloop as it makes the supply chain network faster and more reliable if the system achieves its purpose. Now the proposed system of Hyperloop is used both for freight transportation and human transportation. Here is the first Hyperloop test video of humans riding in it.

How does Hyperloop work?

The design looks like a capsule which is called a Pod. The Pod is maintained at a partial vacuum. Each capsule is supposed to float above 0.02–0.05 in (0.5–1.3 mm) layer of air provided under pressure to air-caster Skis. Like how the pucks are levitated above the air hockey table and also use Magnetic levitation technology that helps to take advantage of the less friction, which is normally used in high-speed trains and airplanes. The Hyperloop system has a resemblance to the vactrain concept proposed by Robert H. Goddard but operates just with one millibar of pressure. Hyperloop is predicted to reach 760mph, and to attain this the passengers might feel double the acceleration of a plane taking off or landing.

Hyperloop is initially powered or gets their velocity from an external linear electric motor, like a Tesla Model S which uses a round induction motor. Elon Musk’s model works with the help of solar panels placed on top of the tube which allows the system to generate more energy. This technology is just an evolution of maglev.

How is Hyperloop an Evolution of Maglev ?

In Maglev, superconducting magnets suspend a train car above a U-shaped concrete guideway. Just like ordinary magnets, these magnets repel one another when matching poles face each other. But Maintaining a vacuum over large distances was not possible using magnetic elevation as it was costly which would have made Maglev even faster.

Hyperloop meanwhile with the help of maglev floats above and creates a vacuum eliminates these obstacles by employing magnetically levitating trains in evacuated (airless) or partly evacuated tubes, allowing for speeds of thousands of kilometers per hour by maintaining the one millibar pressure, which helps the system to function faster. The low air pressure is maintained here throughout the steel tube for the system to function.

Where are the places Hyperloop proposed to operate?

There have been many countries interested in Hyperloop. But some of the cities interested in the project are San Francisco, Los Angeles, Austin, San Antonio, Colorado to Denver, Chicago, Cleveland, Washington, and New York City, St Louis, Columbia, Kansas City in the United States. Calgary to Edmonton, Toronto, and Montreal in Canada.

All these projects are proposed by different companies in their country and we can see the majority of these places also involve ports and commercial cities where faster transportation is required.

Hyperloop companies that are expected to undertake projects

Since the design has been made Open source by Elon Musk and SpaceX, there are a number of companies that are planning to undertake these projects across the globe.