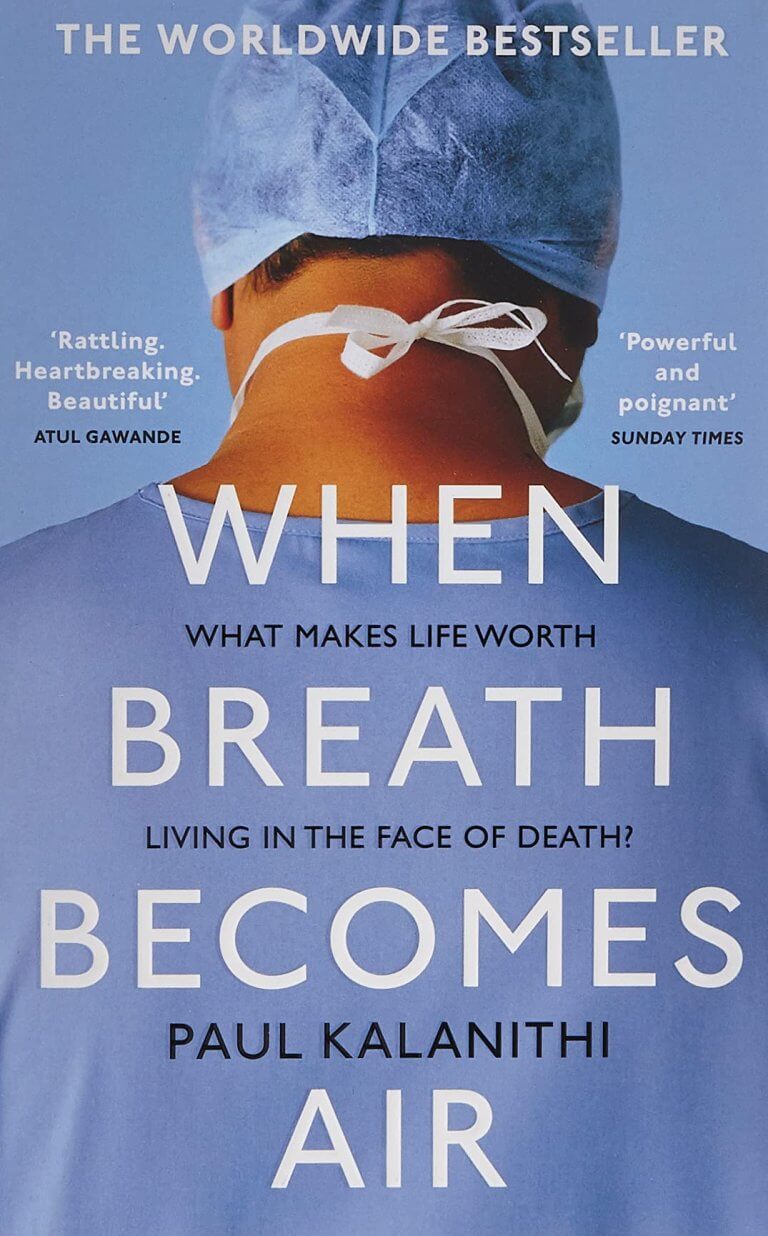 When Breath Becomes Air is a memoir by Paul Kalanithi. A neurosurgeon at Stanford University when he got the news that he was going to die of stage four Lung cancer in his mid-thirties, he wanted to make sure he left his piece of wisdom in writing. In this Book, Paul confronts the question of what makes life meaningful in the face of death. Here are some key takeaways from the book “when breath becomes air by paul kalanithi”.

Key Takeaways from the book

“Will having a newborn distract from the time we have together?” she asked. “Don’t you think saying goodbye to your child will make your death more painful?”

“Wouldn’t it be great if it did?” I said. Lucy and I both felt that life wasn’t about avoiding suffering.”

“I made mistakes. Rushing a patient to the OR to save only enough brain that his heart beats but he can never speak, he eats through a tube, and he is condemned to an existence he would never want… I came to see this as a more egregious failure than the patient dying.”

“As a resident, my highest ideal was not saving lives—everyone dies eventually—but guiding a patient or family to an understanding of death or illness.“

“The pain of failure had led me to understand that in neurosurgery technical excellence was a moral requirement. Good intentions were not enough, not when so much depended on my skills, when the difference between tragedy and triumph was defined by one or two millimeters.”

“The tricky part of illness is that, as you go through it, your values are constantly changing. You try to figure out what matters to you, and then you keep figuring it out. It felt like someone had taken away my credit card and I was having to learn how to budget. You may decide you want to spend your time working as a neurosurgeon, but two months later, you may feel differently. Two months after that, you may want to learn to play the saxophone or devote yourself to the church. Death may be a one-time event, but living with terminal illness is a process.”

Eventually, he became too weak to finish the book. Lucy wrote the epilogue, describing him facing death with integrity.

Buy the Book at Amazon store