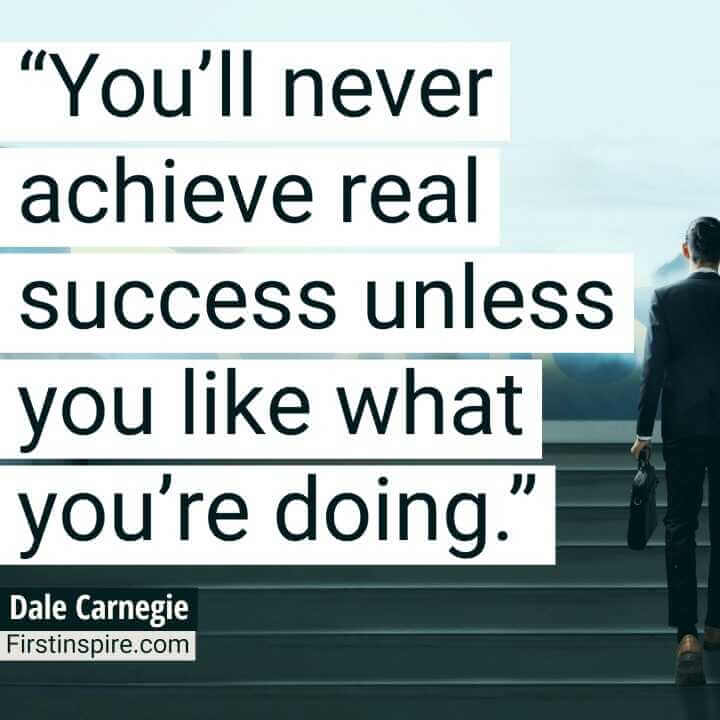 Carnegie’s book, like an adult public speaking class, impressed the self-improvement crowd: It sold nearly 5 million copies in its lifetime and was translated into every major language. Within two years, the courses were so popular that Dale Carnegie pulled them from the YMCA and established the Dale Carnegie Institute to accommodate more and more students. Here are some handpicked Dale Carnegie Quotes.

Public Speaking Courses After Dale Carnegie’s brief foray into acting, Carnegie remembered the fees students offered him for public speaking courses and realized that it was this skill that helped him succeed as a salesman.

“Develop success from failures. Discouragement and failure are two of the surest stepping stones to success.”

“Be wiser than other people if you can; but do not tell them so.”

“People rarely succeed unless they have fun in what they are doing.”

“Most of the important things in the world have been accomplished by people who have kept on trying when there seemed to be no hope at all.”

“People rarely succeed unless they have fun in what they are doing.”

“Knowledge isn’t power until it is applied.”

“The successful man will profit from his mistakes and try again in a different way.”

“Remember, today is the tomorrow you worried about yesterday. ”

“Most of the important things in the world have been accomplished by people who have kept on trying when there seemed to be no hope at all.”

“Even god doesn’t propose to judge a man till his last days, why should you and I?”

“Remember, happiness doesn’t depend upon who you are or what you have, it depends solely upon what you think.”

“If you can’t sleep, then get up and do something instead of lying there and worrying. It’s the worry that gets you, not the loss of sleep.”

“Remember, happiness doesn’t depend upon who you are or what you have; it depends solely upon what you think. So start each day by thinking of all the things you have to be thankful for. Your future will depend very largely on the thoughts you think today. So think thoughts of hope and confidence and love and success.”

“Flattery is telling the other person precisely what he thinks about himself.”

“You’ll never achieve real success unless you like what you’re doing.”

“Inaction breeds doubt and fear. Action breeds confidence and courage. If you want to conquer fear, do not sit home and think about it. Go out and get busy.”

“The man who goes farthest is generally the one who is willing to do and dare. The sure-thing boat never gets far from shore.”

How to Win Friends and Influence People Quotes

“Control your temper. Remember, you can measure the size of a person by what makes him or her angry.”

“Flaming enthusiasm, backed by horse sense and persistence, is the quality that most frequently makes for success.”

“If you believe in what you are doing, then let nothing hold you up in your work. Much of the best work in the world has been done against seeming impossibilities.”

“Today is life – the only life you are sure of. Make the most of today. Get interested in something. Shake yourself awake. Develop a hobby. Let the winds of enthusiasm sweep through you. Live today with gusto”

“Feeling sorry for yourself, and your present condition, is not only a waste of energy but the worst habit you could possibly have.”

“First ask yourself: What is the worst that can happen? Then prepare to accept it. Then proceed to improve on the worst.”

“You can make more friends in two months by being interested in other people than in two years of trying to get people interested in you.”

“The person who seeks all their applause from outside has their happiness in another’s keeping.”

“You can dramatize your ideas in business or in any other aspect of your life. It’s easy”